Everybody seem to fancy their own war. Their own fight to fight , their own brigades to command and their own victories . Their own tallies of fallen enemies.

Well, I guess everybody should. Have. In every pocket an iphone , in every mind a war , to consume their free time

Blended Carrot juice goes well with daily defense update. At least for me. Scrutinize the tactics…So much gaps , so much anomalies …Only if they ask me ..only if.

Compare notes. Of numbers rescued..of enemies killed ….Of heroes fallen…And I wonder, whether on the other side of the table, are the counts different? What about the total?

Read one's thoughts, so frankly hung on a flickering screen. My mind took flight , sans check ins , airplane food , and the raced heart beats , welling eyes when the iron bird touches the tarmac of Katunayake . And also less that lead ball of a feeling that sink in deep, when you see the fighter jets from your window seat.

A perfect Colombo dusk, there I was listening to him, in my Barefoot sarong and my liquid Russian in a glass. Nodding at his sagacious phrases…Then I realized the gun shots are heard much louder to my apartment facing the south china sea than in Colombo. May be the it is the wind patterns or something . May be it is all in my mind.

On my way home:

I was invited . Celebrations of winning (sic) the war.. "It is just a couple of kilometeres , one of these days mate" , I was told . Before Friday. Them the leaders will be killed I was assured and then we will toast to that , discuss how it was done ,over a round or two,. Sing a couple of Bailas and eat Kottu made by Nanda, who had decided to claim refugee status , just so he can stay on here in Hong kong.

My mind drifts (yet again) . I envisage Nanda asking me" So now what?"..

"Ane Manda Sarath" ( I do not know Sarath) , I mix up the names in my response. 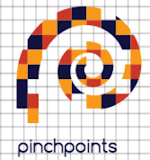